The Argument on “Total” Metals 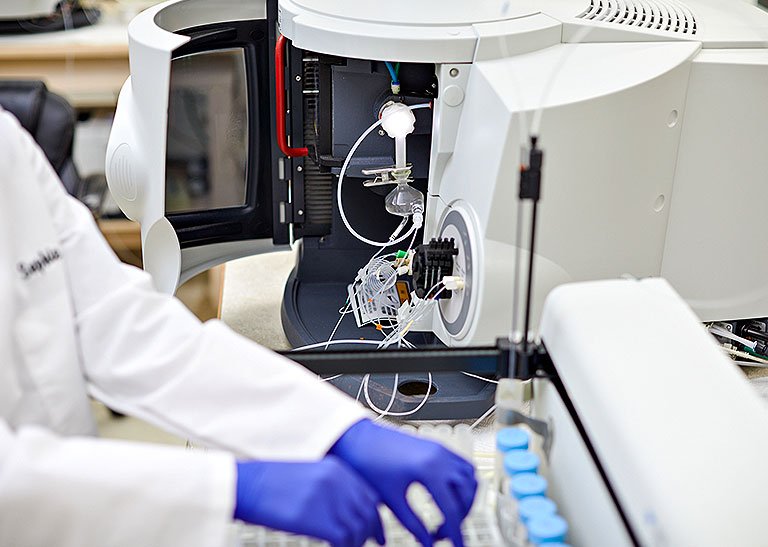 Why is there still an argument about which digestion method should be reported as “total” metals?

When you’re looking at an old QAPP, permit or analytical report, you might have noticed that there were different listings for how the metals were to be identified and reported out.  This was based upon what digestive method was designated at the project’s setup.  There was either a  Total Recoverable (TR) designation or a Total (T) designation.  While the two titles may sound similar, the acids used in each digestion may or may not have delivered a true “total” recovery from the sample based upon the matrix of said sample.

Total vs. Total Recoverable digestion has been the focus of many arguments over the years, with each camp claiming applicability of its selected digestion procedure to a non-filtered sampled aliquot.  When I say “camp,” I mean people developed preferences for the digestive procedure that they believed fit their sample matrix or they developed data baselines that they did not want to move away from with a new digestion procedure.

The EPA was probably tired of the amount of correspondence that they received on this issue and by legal action took it out of the hands of the many different players involved.  With guidance from the 2012 Method Update Rule (MUR), the permit writers no longer needed to request digestion procedures in order to use the “best” possible digestion.  The digestive methods for both TR and T were/are going to be reported as “Total Metals.”

What the 2019 Method Update Rule Says

Starting with the 2012 Method Update Rule (MUR)  and continuing on with the most recent 2019 MUR, the EPA language contains a footnote (4)  to explain the current requirements on how a “Total” or “Total Recoverable” sample will be digested and reported, below is the verbiage as it relates to ICP/ICP-MS requirements:

“For the determination of total metals (which are equivalent to total recoverable metals) the sample is not filtered before processing. A digestion procedure is required to solubilize analytes in suspended material and to break down organic-metal complexes (to convert the analyte to a detectable form for colorimetric analysis). The approved total recoverable digestion is described as Method 200.2 in Supplement I of “Methods for the Determination of Metals in Environmental Samples” EPA/600R- 94/111, May, 1994, and is reproduced in EPA Methods 200.7, 200.8, and 200.9 from the same Supplement. For analyses using inductively coupled plasma-atomic emission spectrometry (ICP-AES), the direct current plasma (DCP) technique or EPA spectrochemical techniques (platform furnace AA, ICP-AES, and ICP-MS) use EPA Method 200.2 or an approved alternate procedure (e.g., CEM microwave digestion, which may be used with certain analytes as indicated in Table IB); the total recoverable digestion procedures in EPA Methods 200.7, 200.8, and 200.9 may be used for those respective methods. Regardless of the digestion procedure, the results of the analysis after digestion procedure are reported as “total” metals.”

To be clear the above digestion requirements listed in the 2019 MUR supersede older EPA rules and digestion procedures and as such will be SVL’s default digestion (EPA 200.2). SVL upon request will use alternative digestive methods but will still report out our results as “Total Metals.”  You can visit the EPA’s site at: https://www.epa.gov/cwa-methods/methods-update-rule-2019.

We know change is difficult and recognize that our reporting format may no longer match what you have always been used to.  Please, contact your Project Manager and let them walk you through our report format and why we report your analyses in the manner that we do.

Join us for more information

about the environmental laboratory industry, plus events we’re attending and hosting.

The Biotic Ligand Model (BLM) takes into account many environmental conditions in order to determine if a metal exists in a form or concentration that is toxic to aquatic life.  Toxicity is usually based upon the dosage of whatever it is that we are looking at.  At...
Read More

From geology exploration to environmental compliance, SVL attributes its longevity to hard work and an adaptive mentality. The laboratory may be an unrecognized partner—that is until something goes wrong like a spill, a breach, a new compliance rule. Our data users...
Read More

TCLP or SPLP on a Solid Sample

Why is this TCLP/SPLP on a solid sample a common question? The main reason is that people don’t understand the difference between characterization and hazardous determination.  The EPA developed the TCLP Program to determine when certain materials have to go to a...
Read More

What does Cation/Anion Balance Mean?

Introduction to Cation/Anion Balance (CA Balance) Water that is potable (drinkable) should be electrically neutral.  This is determined by taking into account results from the following analytical testing: pH, conductivity, total dissolved solids, and other analytical...
Read More

What’s the difference between accuracy and precision?

Have you ever wondered what the difference between accuracy and precision is? The classic example is this: I shoot five arrows from a hundred yards and they land either in or just outside of the bullseye.  The consensus from the gallery will be that I am a very...
Read More

What are control charts? Control charts are a visual depiction of ongoing data points that various statistics are applied to.  The EPA used to require a laboratory to adjust its spike acceptance recovery percentage based upon how spikes were recovered over time...
Read More

How Low Can You Go – Well No Lower Than The MDL

There is always confusion on how low a lab can go when it comes to what their instruments can detect.  The EPA and TNI came together and changed how Method Detection Limits (MDL) are established for an instrument or group of instruments. They wanted to account for the...
Read More

Significant Figures Use by Laboratories

What determines the amount of numbers you see on your report? Each test that we do has a level of sensitivity associated with it.  Tests that you can do by visual inspection have the lowest sensitivity and are usually reported in whole numbers in a range of say 1 to...
Read More

We’ve updated our Drinking Water COC/Submittal Form for Coliform Bacteria. You can download it off of our  Resources page.
Read More